“I suppose in the end, the whole of life becomes an act of letting go, but what always hurts the most is not taking a moment to say goodbye.”     ~ Pi Patel, Life of Pi

A wall of silence.  My first conscious thought this morning was, “I am up against a  wall of sad silence.”

It seems it’s always been a part of my routine, the morning urgency triggered by my feet hitting the bedroom carpet.  First I would hear the jingle of his collar chain, and then the clicking of his paws on the hardwood floor.  I could almost feel his head turning and looking up, waiting for the bedroom door to open. Isaac never really appreciated the fact I had things to do before I came downstairs; he just waited. Isaac, by nature, was politely impatient.  I could never move quite fast enough.  Often I could hear the 90 pounds of chocolate Labrador Retriever deftly sliding to the laying-down, ‘on guard’ position, strategically splayed out between the bottom step of the staircase and the glass-paned front door.  A loud sigh of exasperation would usually follow.

When I finally opened the door he would spring up on to his feet, wagging his tail.  In his younger days there were times when I thought he might dislocate his hips he shook them so hard!  While those days had long passed, what had not passed was our daily ritual of exchanging my ‘good morning’ rub of his head and jaw for his ‘Love you too!’ lick of my hand.

Not today.  Today was nothing but a staggering wall of sad silence.  With Leigh away on “GiGi” duty with grandson Levi, I woke up to a very, very quiet house. It just didn’t feel right.  It’s just didn’t feel like ‘home’.

Last night Isaac was put down.  It was time.  It was quick, calm and serene.

Even though I know it was the right thing to do, this morning I missed the ‘Love you too!’ lick of my hand.

I’ve spent the last two days pulling pictures out of piles in old drawers and dusty photo albums.   The memories are overflowing:  Chasing tennis balls in the backyard, hiking on the Appalachian Trail, swimming at Lake Meade, playing with the kids waiting for the school bus, greeting us at the door. Snowshoeing, eating apple cores, playing with dogs and standing guard at the bottom of the stairs.  Morning walks with Leigh.

I worked primarily out of my home office for 8 ½ years.  Every day he followed me downstairs  and listened to me sell, cajole, whine, scream, curse, beg and pray.  He’s seen me laugh and seen me cry.  He was a trusted companion who saw every aspect of my being – and still loved me.

Last week’s trip to the vet’s office confirmed tumors in the liver had grown so much it had pushed his stomach to one side of his body. This explained his declining health over the past 6 months.  The x-rays also revealed severe arthritis running along his entire backbone. This was medical proof of what we already knew; Isaac lived one hell of an awesome, active life.  Sadness enveloped us. We knew there would only be one more visit to the vet’s office.

Sadness stepped aside for gratitude as we realized Chris and Caity would both be home for the weekend.  We could not have planned this any better. They would get the chance to say thank you and goodbye.

In the past two years he had slowed down; it took him longer to recover from hikes on the trail and snowshoeing.  In the past few months his health declined; his legs had become shaky and he panted hard.  He was restless, fidgety and uncomfortable.

On his last day, I came home mid-afternoon to work from my home office.   I didn’t get much done.   Isaac, as he always had, followed me to my office.   His tired, shaky legs barely made it down the stairs. He still wanted to go outside.  I tried to get him to fetch a tennis ball – he just stared at me.  I think he was letting me know its OK to let him go.  I lay down next to him: I cried, I smiled, I prayed.  Isaac just licked.

I decided I would take him for one last long drive with the window down.  Looking tired but regal, he sat in the back of the sedan with his head out of the window.  He breathed in the warm summer air as I slowly drove on the back roads of Mechanicsburg and through the cornfields of Monroe Township.  This is our old neighborhood.  It wasn’t necessarily a victory tour, but it was a drive down memory lane we enjoyed together.

We were the last appointment of the day. I sat with Isaac on the cool, smooth floor of the examination room.  At first it was to calm him, then to hold him.  I told Isaac I loved him and thanked him for being family.  I kissed his head; he licked my hand, one last time, then slowly fell limp. I am certain it is the first time in a very long time Isaac was not in pain.

As I walked out the front door of the clinic, the flowing tears cleared the way for relief.  Isaac was a good friend to all of us.

Goodbye my friend, and thank you. Love you too. 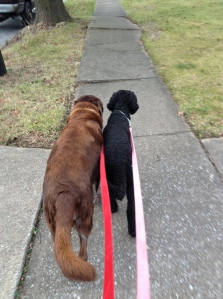 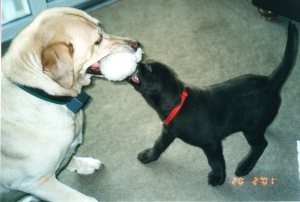 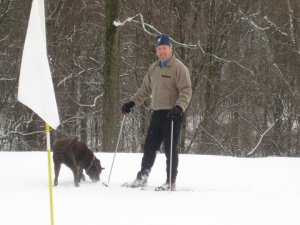