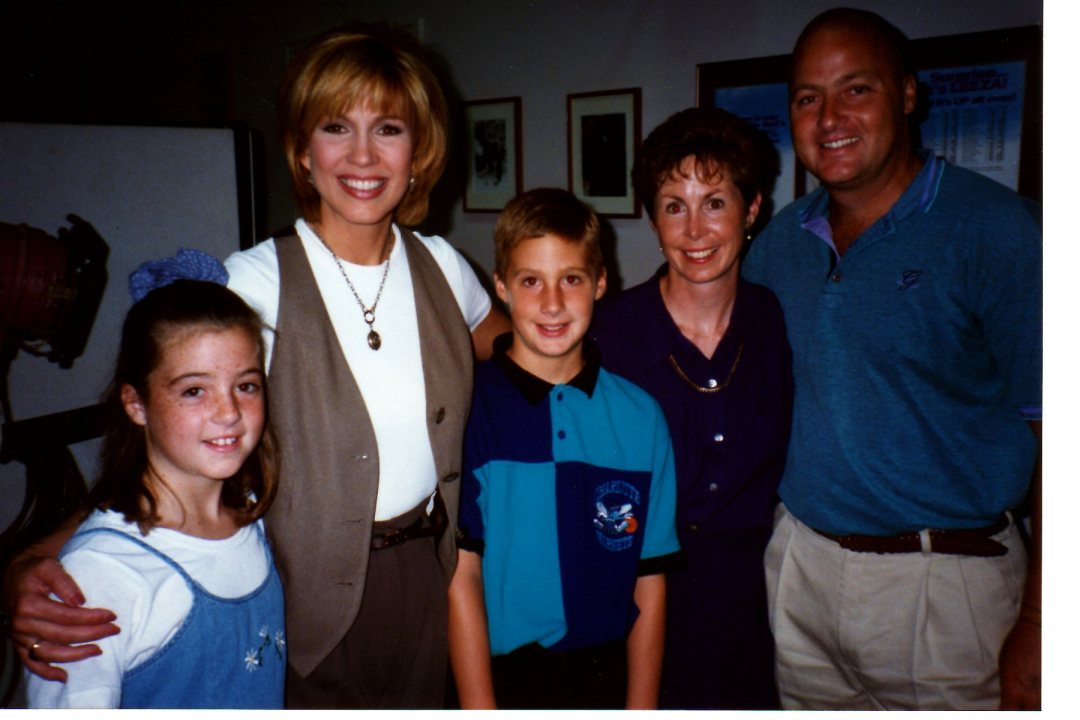 Leigh grabbed my hand. We were dumbfounded, silent. Our eyes welled up with tears; we did not expect to hear those words on this day.

The 6’4″ hulking Oncologist then stood up from his chair, walked around the desk with his arms open. I stood to embrace him and cried in his arms.
Leigh vividly recalls John looking into her eyes as he pointed at me with one hand, “Miracle patient!”

“Miracle Doctor!” I responded, pointing back at him.

A couple of days ago I was sitting at my desk,  scrolling through my calendar to schedule a meeting with a client. When I clicked to the upcoming week I saw my annual check-up is scheduled for Monday morning.

“20 years?” I thought to myself as I hung up the phone. A chill ran up my spine.

Twenty years is a long time. The number of friends and loved ones who have danced with cancer in these past two decades is too heart-breakingly long to ponder.

I have  literally hundreds of crystal-clear memories, individual snippets of time, that still resonate deeply from my 13 month journey.  From the first day I “felt sick” on 9.19.94 until the day I heard Conroy say the “R-word” on 10.13.95, I am constantly reminded of small gestures that have left long-term impressions. Some I think about more often than I want to admit; every time I get a sniffle or a scratchy throat, my reflexive thought is “Bone Marrow Transplant!”. Dr. Conroy has had to remind me more than once while in remission, “Its OK to get sick!”

Some gestures creep back into my consciousness inexplicably triggered by some distant neurons firing in the brain.

In sports time, this dance started around the time of the OJ Simpson trial in Los Angeles  and ended around the time Cal Ripken, Jr. of the Baltimore Orioles breaking the record for consecutive  games played.  That was a long time ago, but in some moments – it just feels like yesterday.

Leigh was there from the first September afternoon when I came home early and crawled into bed with “flu-like symptoms”. She was there when I showed her the X-Ray of the huge mass in my chest. She took the call from Conroy  the day after our first appointment with him and asked “Is he breathing OK?” She was there for every chemo treatment. She drove me to the hospital, under a double-rainbow, when we would learn my dance was far from over. It was only fitting she was there when John used the “R -word”

Over the years my story has been reduced to simply “I had cancer”. Many people I deal with don’t even know that is part of my story.

In September 1994 I was diagnosed with Stage III-B Hodgkin’s Lymphoma. While Conroy told me at our first appointment, “If you’re’ going to get a cancer this is the one to get.” He never quoted percentages, but what research we could do showed the historical survival rate was about 79%.

In October I started an 8 month – 7 drug chemotherapy regimen. Young cancer cells die quickly, and the size of the mass had shrunk dramatically after the first two months of treatment. While the early reports of a shrinking masses were very encouraging, the cumulative effects of the chemotherapy really began to take its toll in December.  There is a meaningful story of a Cardinal’s appearance on the branch of a Dogwood Tree.

In early May, near the end of chemo, I was hospitalized with pneumacystic pneumonia (this is what actually ends up killing many AIDS patients). My Blood Oxygen Level was at 56% (normal is around 96%).  We then learned the cancer had begun to grow again even while I was still on chemotherapy.

When leaving the hospital, the check-out nurse asked me, “Has Hospice been notified?”

Conroy referred me to Johns Hopkins to confirm the diagnosis and discuss “next steps”. The following week, with Leigh sitting to my left, and my mother, a nurse, on my right, Dr. Ambinder, the head of the Lymphoma Clinic at Johns Hopkins, said dryly, “You have persistent Hodgkin’s; your only chance of survival is with a bone marrow transplant”.

After he let that nugget set in for a moment he then said, “I have to tell you three things about a bone marrow transplant: First, everybody gets sick. Second, nearly everybody doesn’t eat for two weeks. Third, even if the transplant is successful, historically, your odds of surviving beyond two years is about 15%.”

In the three visits we had with this expert, it was the only time he nearly cracked a smile. Nearly.

My body needed time to recuperate from the chemotherapy, so the transplant was scheduled at the beginning of September. I would travel to Hopkins every three weeks to have a full set of scans to ensure the cancer was not growing out of control. Slowly I gained strength back, and by mid-summer I was the healthiest looking sick guy I knew.

In the beginning of August, an intern from Hopkins called to give me a report on the latest set of scans. He said, “Your cancer is definitely not growing; in fact we’re not even sure if it’s there anymore. We want to postpone your procedure”.

I immediately called John Conroy. He later scheduled a Galium scan which can show abnormal cell activity. When I had this scan performed previously, my body lit up like the 4th of July, showing  about 5 1/2 pounds of cancer around my throat, heart, chest cavity, and into my lower abdomen.

This time there was nothing.

“Let’s just take a wait and see approach” he said in mid-August. After two months of “wait and see” the Miracle Doctor finally used the “R” word.

While the timeline and specific points of medical interest and physical healing are never far from my mind, what amazes me most to this day is the detail of some of the small gestures people made during this 13 month ordeal. It is, after all these years, the small gestures that continue to touch my heart most deeply.  A few of the specific moments that come to mind include:

Life is not always fair, but somehow our life stories can still arc in amazing ways. I can’t explain everything, and I certainly can’t explain this, but after 20 years it is the small gestures that still swell my heart with gratitude. I hope I can give another 20 years of Thank You’s!

Other stories related to my dance with cancer:

Family Ink, Another Masters, My Last Hello, See You Next Year, and Montel and Leeza